Music and Consumer Behaviour: How to Increase Spending at Your Store

Choosing the right music can boost sales. Here's how to do it.

Every retailer wants their customers to have the best possible in-store experience. From training staff to provide exceptional customer service, to spritzing deliciously scented room sprays and installing flattering lighting — every decision you make leaves an impression on your customers.

One of the simplest ways to influence your customers’ mood, pace, and energy is through music — but which kind? Should you play calming music to help them relax, or fast-paced dance tunes to encourage them to move through your store quickly? How can you curate a playlist of tunes that will entice shoppers to spend more?

The answers to these questions are complex, and closely tied to your business’s brand, your customers’ music taste, and how you want to make them feel in-store. Keep reading to find out how to choose music that will cause shoppers to linger, or inspire them to make rapid purchasing decisions. Plus, discover a list of expertly-chosen songs designed to set the mood in your store.

The impact of music on shoppers

The practice of curating an environment to influence behaviour is called “atmospherics”, a term coined by business professor Philip Kotler in 1973. According to Kotler, a retail store’s atmospherics can have more of an impact on sales than the actual products on display. Plus, it can even help to attract and maintain a targeted customer base.

Countless other studies have been carried out in the decades since, supporting the finding that the music played inside a shop influences purchasing behaviours. The short version is:

In fact, one landmark study found that sales were 38% higher when stores played slow background music. Yet there’s more to curating the perfect playlist than tempo alone — and it has a lot to do with your customers’ mood.

Classical music, for example, has been shown to steer shoppers towards more expensive bottles of wine (even if those shoppers have no experience buying wine). A similar study found downtempo songs in a minor key boost sales at supermarkets, while another found country music directs shoppers towards utilitarian products — and away from splurge items.

Big businesses are heavily investing in their playlists

International luxury retailer Harvey Nichols has invested heavily in its own playlists, enlisting the services of Music Concierge, a music consultancy, to curate custom playlists for the perfect in-store shopping experience.

“From our research what we know is that if we create the right atmosphere visually, from a scent point of view and music point of view, then customers will stay longer,” says Shadi Halliwell, Harvey Nichols’ marketing and creative director.

“If you increase the dwell time then you are going to increase sales.”

It's becoming increasingly common for brands to seek professionally designed custom playlists to influence customer behaviour. Other custom playlists from Music Concierge can be heard wafting through Clairdge’s hotel in London, the Yas shopping mall in Abu Dhabi and Cathay Pacific’s executive lounges, for example.

Retail giant Adidas has taken things one step further, teaming up with Record-Play to research and uncover music from underground artists before it’s even released to the public. Every month, each Adidas Originals store receives a new playlist of fresh tunes — enticing target customers off the street to hear more.

There’s no question about it: music has a powerful effect on human psychology, offering retailers the potential to alter customers’ mood and produce corresponding changes in purchasing behaviour. Create the right atmosphere, and chances are they’re more likely to spend.

How to hit the right note with your customers

Larger retailers are paying experts big bucks to harness the mood-changing power of music to improve their bottom line, but that doesn’t mean you have to break the bank to achieve the same outcome. Here are the 4 important things to consider when making your track selection to encourage customers to linger for longer, and spend more.

Humans begin processing tempo early in life; children are taught to clap their hands to a beat from the time they can crawl. As a result, the physiological effects of different musical tempos are well known: faster tempos evoke positive emotions like excitement, happiness and delight, whereas tunes with a slower tempo tend to evoke feelings of sadness and gravity.

What’s more interesting is the subconscious reaction shoppers have to different tempos: the quicker the tempo, the quicker shoppers move through a store. On the other hand, slower music leads to slow-moving, lingering shoppers who spend more time discovering and interacting with a higher number of products in more detail — thus increasing the likelihood of a sale.

A musical key is a collection of notes that make up a piece of music. Songs can either be composed in a major or a minor key, or a mixture of both.

Songs written in a major key (Beyonce's Halo and The Beach Boys' Good Vibrations, for example) tend to sound joyful and bright, while minor keys are often used in sad and melancholic music (think Stairway to Heaven by Led Zeppelin, Hotel California by The Eagles, and Wonderwall by Oasis).  However, there is no hard and fast rule. Many pop songs are written in a minor key — Happy by Pharrell Williams and Just Dance by Lady Gaga are two examples.

So, what’s the best key for boosting sales at your business? It depends on what you sell. For example, a 2011 study found that songs written in a minor key help boost supermarket sales — especially when the songs were also downtempo. In other words, shoppers spend more money on groceries when slow, sad songs are played in the background — 12% more than when sad but fast songs are played, in fact.

It’s important to remember that key is just one element of a tune, and needs to be considered in tandem with other musical elements.

Yet researchers found no difference in the amount of money customers spent in either scenario — indicating volume affects the pace at which customers shop, but not their proclivity to spend. So, if your retail store has limited floorspace, strategic use of loud(er) music may help to move customers through your store more quickly — without impacting sales volume.

The key, tempo and volume of a tune has an impact on consumer behaviour — that much is clear. However, your target customers' own musical taste could be just as (if not more) important.

Although the findings of dozens of studies have increased our understanding of the ways in which shoppers respond to different music, what works in one store might not work as well in another. It’s important to keep your customer at the heart of every decision you make.

At the end of the day, the genre of music you choose may be more important to your specific customers than anything else. For example, if your target customers are young women seeking the latest fashions, you will likely want to play current pop songs — regardless of whether they are written in a major or a minor key. Another retailer might choose reggae, or rock, or Celtic.

Still not sure where to get started? Keep reading to discover some tried-and-tested songs to set the mood at your retail store.

Looking for something to play this December? Check out the Zeller Christmas Playlist on Spotify — a curated list of festive favourites, sure to hit the spot in the busy lead-up to December 25.

Dozens of studies all point to the same conclusion: selecting the right music can boost sales. Think of music as another tool you can use to achieve business objectives — just as you would with lighting, or style of customer service. Curate your in-store playlist in a way that aligns with your business’s brand as well as your target customers’ taste, and you’ve created an atmosphere that will drive more sales. 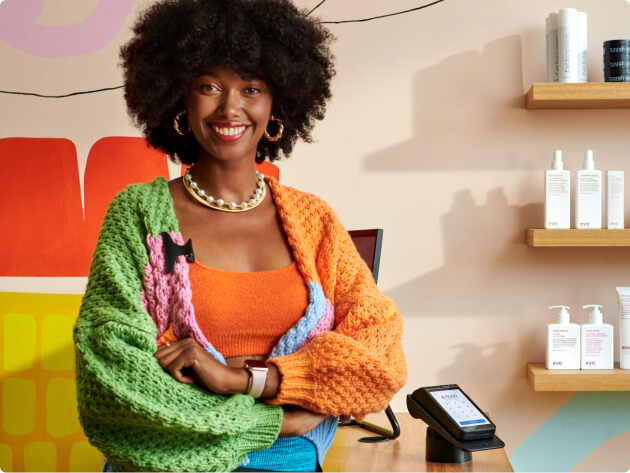 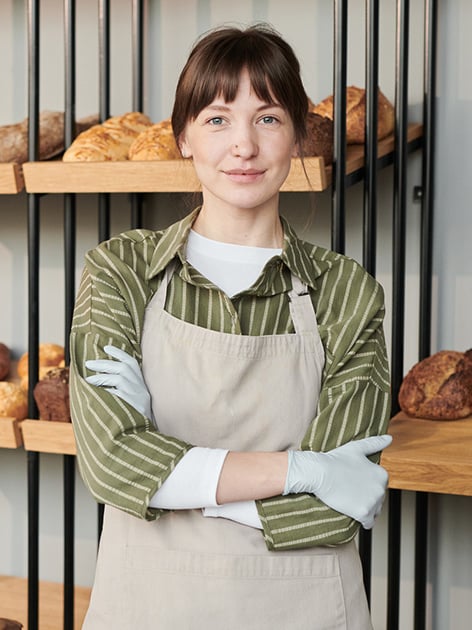 5 Strategies to Grow Your Business in 2022

Discover how to take your business to the next level.    Business planning has proved a difficult task over the last few years. Yet, as the new year approaches, there is a sense of optimism in the air. 2022 offers not only a chance for business... 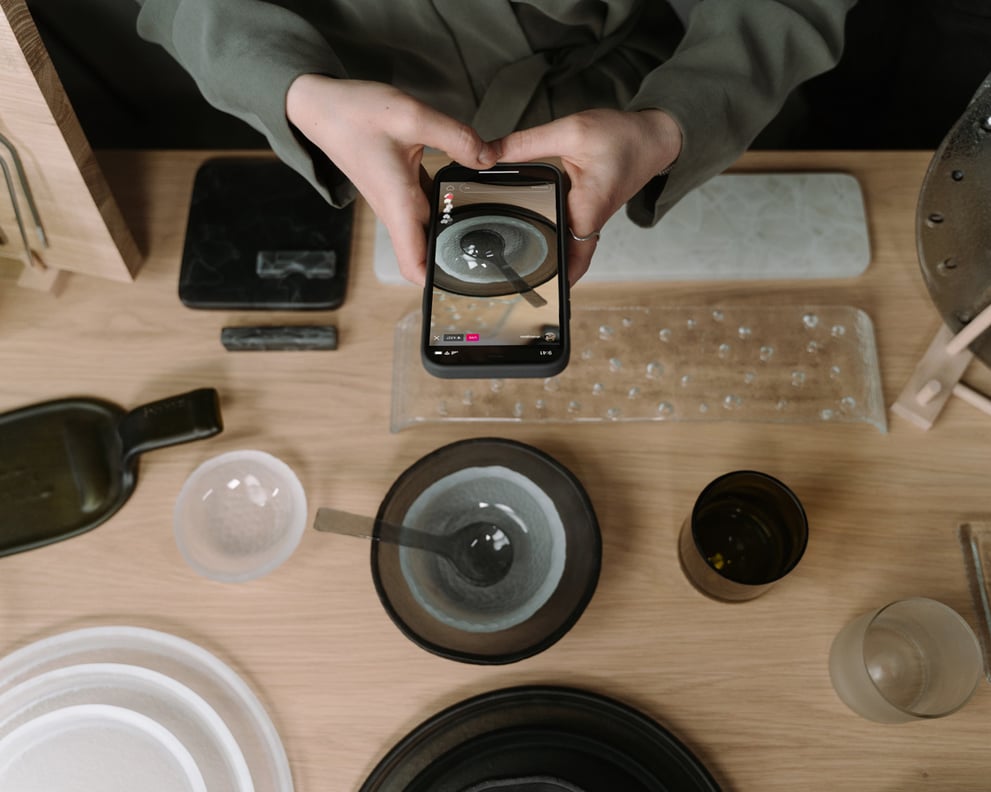 Growing an active, engaged online community is a tried and tested way to drive customer loyalty and increase revenue. To say that Instagram has the potential to drive business revenue would be an understatement. While it’s true that an engaged...

How to Make TikTok Work for Your Business

When it comes to mastering a new social media platform, there’s no time like the present. TikTok isn’t merely an infinite source of entertaining videos. In the right hands, it can be a powerful business tool to grow your customer base and increase...